Here are some pictures from a Dinner Party that I organised as a little fundraiser for my Project Trust fund.

Thanks a lot to everybody who came and made the evening a success, but especially to Linzi Peters for helping me out in the kitchen all night!

The Guyanese Black cake (a traditional delicacy around Christmas time, made with lots of black treacle and rum) was decorated to match my apron. 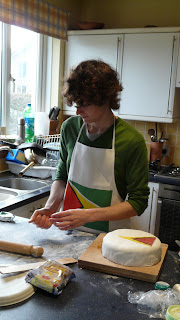 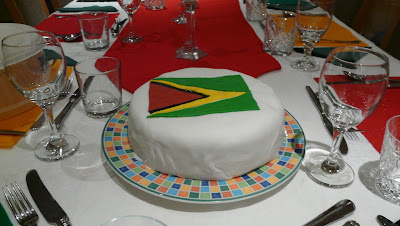 Some felt in the colours of the Guyanese flag helped liven up the dinner table, whilst Guyanese bunting was used to decorate the room appropriately. Yes, we even got everybody to stand and sing the national anthem. 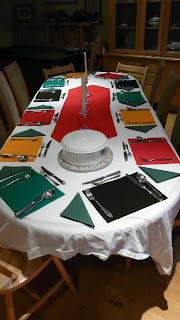 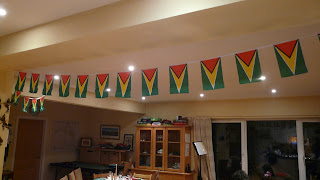 Linzi painted her nails specially for the occasion, although she wasn't too keen on the most authentic Guyanese dish we cooked- Plantain Balls. The plantains looked very much like huge green bananas, and tasted rather starchy. After boiling them, peeling them, mashing them, blending them with ground peanuts, shaping small balls out of the mixture and finally frying them and dipping them in hot chilli sauce, they became relatively edible!

Don't worry, the goldfish escaped the fish broth that was made for starters. We found some Red Snapper instead, it seemed to be the most South American fish we could find. 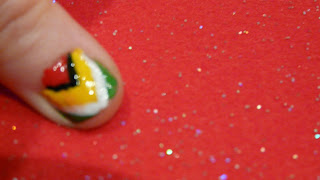 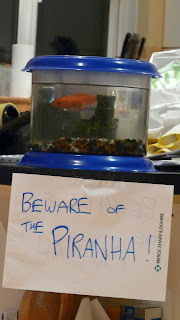 The guests tucking into some pork belly with jerk seasoning and a potato and pea mash. Alongside the Black Cake there was a tropical fruit salad for desert. 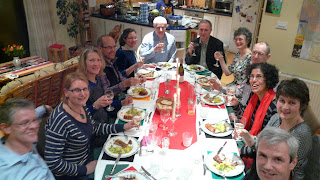 They did have to work for their food however! A quick quiz on Guyana revealed a bit about the country they were sending me off to. 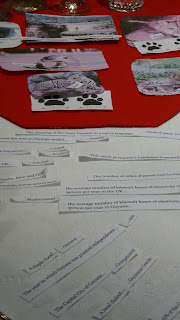 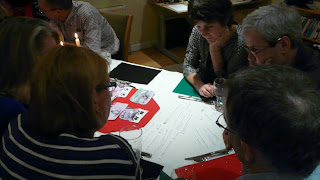 Posted by Harry Carstairs at 03:22